Sketch of access from Great Western Road into completed development

View from site looking north towards the Gloucestershire Royal Hospital

Regeneration proposals for Land at Great Western Road Sidings are currently at draft design stage. This consultation website has been launched on behalf of Eutopia Homes to provide key information on their proposals known as Great Western Yard and help local residents, businesses and other interest groups find out more about the emerging plans and provide their feedback.

Gloucester City Council has held aspirations for the redevelopment of the 3.14 hectare (7.78 acres) site for over 10 years. It is identified for future development within the emerging Gloucester City Plan which is in its final stages prior to adoption. The latest proposed changes to the Plan allocate some 300 new homes to Great Western Yard.

The local area comprises residential, community and commercial uses. The Gloucestershire Royal Hospital is situated to the north, the Pullman Court business centre to the west and a row of Victorian terraced properties adjoin the site to the north.

A relatively level former railway depot, the brownfield site has good access to public transport and other facilities and is within 2 Km of Gloucester city centre. The site boundaries are broadly the railway line to the south, Great Western Road to the north and Horton Road to the east. You can see the site location and boundary on the clickable map.

Now disused, all that is left on the site are metal and brick framed sheds and workshops dating from the 1950's. These are in a poor condition and vacant. On the northern part of the site and accessed off Great Western Road are several industrial units which are occupied on short-term leases. 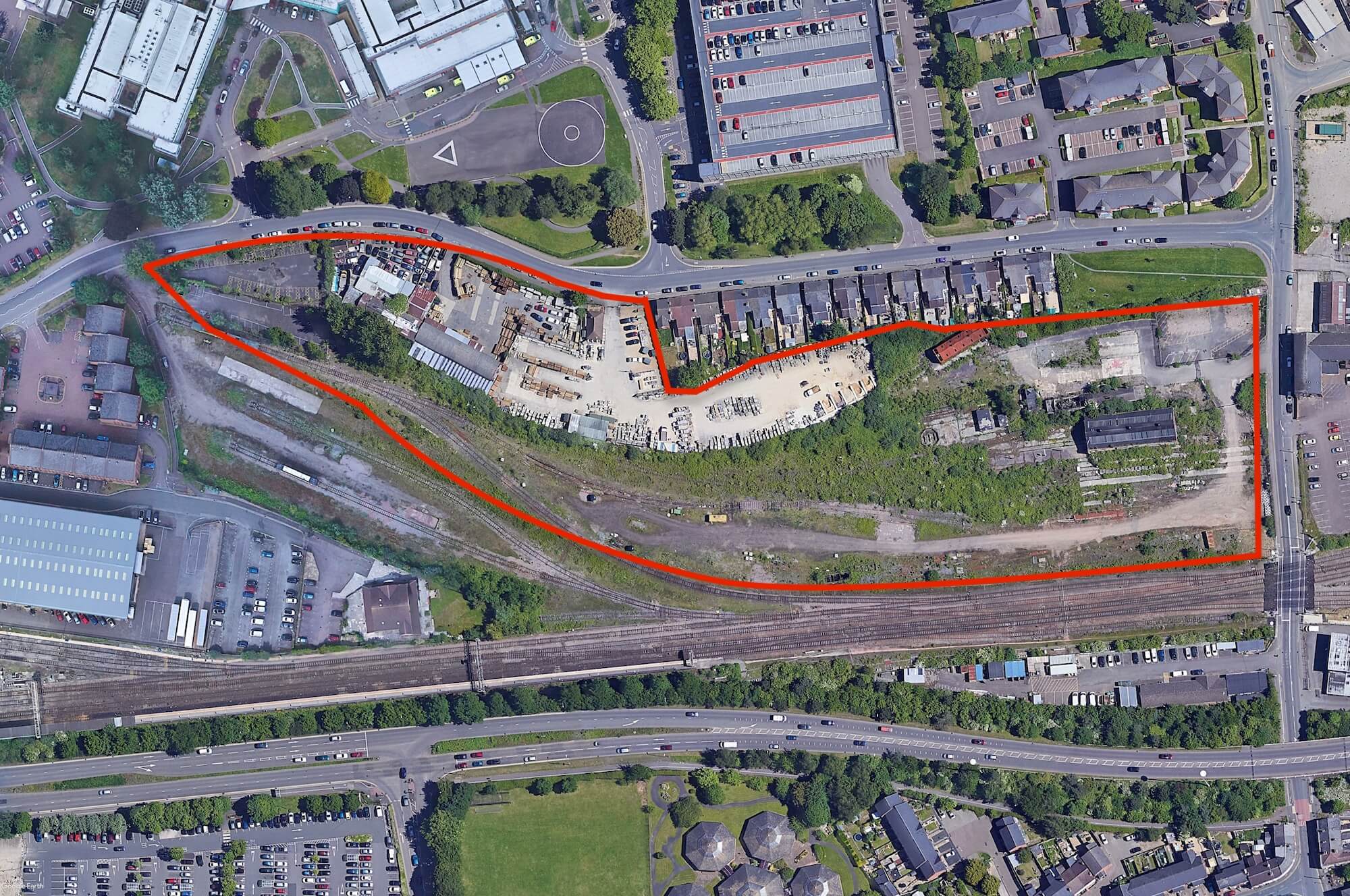 Key features of the proposed development

The draft pre-application plans for Great Western Yard are aligned with the emerging Gloucester City Local Plan for residential development of the site.

The new development is intended to be built in two phases with some 216 apartments on the northern half in three separate blocks (A to C) and 87 town houses plus 27 apartments (Block D) on the southern half. The division of the site will enable a central access to both sites during development.

A proportion of the new properties - still under discussion at this stage - will be offered as affordable housing.

Careful analysis of local building heights and the levels found at the site has informed the proposed building heights which step up from two to five-storeys. The majority of the proposal is low rise and the two-storey town houses occupy a large area.

The completed development will seek to establish attractive 'character areas'. The northern section will have sensitive massing and use of materials, as well as the inclusion of open areas with plenty of green landscaping. The landscaping at the proposed access off Great Western Road is intended to provide a positive entry point to the development.

The proposed Block D adjacent to Horton Road is carefully designed to create new green space that will connect with the existing public open space on Great Western Road. The apartment block will provide natural surveillance of the new, larger public open space.

There are three access points, two off Great Western Road and one off Horton Road. These are located broadly where the existing access points are at the site and have been designed to allow easy access for vehicles from adjacent roads, whilst also not dominating the new development.

There will be pockets of space linked though a network of footpaths. All spaces are connected and ensure a level of privacy from the surrounding area. By connecting all of the site through pedestrian movement, a social space of interlinked communities is created. Playspace for children will be incorporated to offer recreation opportunities.

The southern section will have a 'spine route', with streets branching off. To prevent the road from feeling like a highway, the road surface has been changed to a shared surface to allow for safe cycling and walking. A bike store will be provided at the front of each town house and secure cycle parking will be located within each apartment block. 161 car parking spaces will be provided, consistent with the site's accessible and sustainable location.

The draft plans for the site aim to:

We invite you to join the conversation by giving us your thoughts in our feedback form.

We’ll be at the Gloucester Irish Club, Horton Road on Monday 30th May between 4pm to 7pm if you'd like to discuss the plans.

You can also email us on:
consultation@greatwesternyard.info